The KIKPE Numismatic Collection comprises about 18,750 coins and other mostly coin-shaped items. The setting-up of the Collection was launched in late 2001; by early 2018, mainly through purchases from auctions houses in Europe and the USA, the acquisitions numbered more than 5,000 pieces. In autumn 2018 was acquired by donation the numismatic collection of the Foundation of the Hellenic World (formerly Pfälzer Privatsammlungen = Donat Collection), which contained 13,688 coins and other minor objects.

The core of the KIKPE Numismatic Collection consists of ancient Greek, Roman Provincial and Byzantine coins. The issuing authorities of the first category cover almost the entire Hellenic and Hellenizing world, from Spain, South Italy and Sicily to the Hellenistic kingdoms founded on the morrow of Alexander the Great’s conquests from the Middle East to Northwest India. The Collection possesses a significant number of coins of Hellenic and Hellenized cities, which were minted in Roman provinces during the imperial times. The Byzantine section of the collection includes coins of almost all the emperors, as well as a wide variety of denominations and issues of mints that operated in different periods of the Byzantine millennium. Acquisitions extend also to Arab-Byzantine and Turkoman coins, coins of the Latin East, etc. Although these categories are represented by few specimens, they function as connecting links between the periods spanned by the majority of the coins in the Collection. There is moreover a considerable number of Modern Greek coins of different alloys. One can catch glimpses of the everyday life of several societies through the Collection’s acquisitions: they can act as transmitters of signals from the past, summoning the beholder to embark on a journey into time.

Principal feature of the KIKPE Numismatic Collection, apart from the time-span of its material, was initially the exclusive presence of copper-alloy coins. The establishment of bronze coinage in antiquity was a major innovation in the history of money, which also reflects essential changes in human habits. This is indicative of the desire to showcase the role and the importance of bronze coins as a medium for facilitating everyday transactions. Coins of base metal were used by every social and professional class of a city or a region, acquiring their own dynamic. 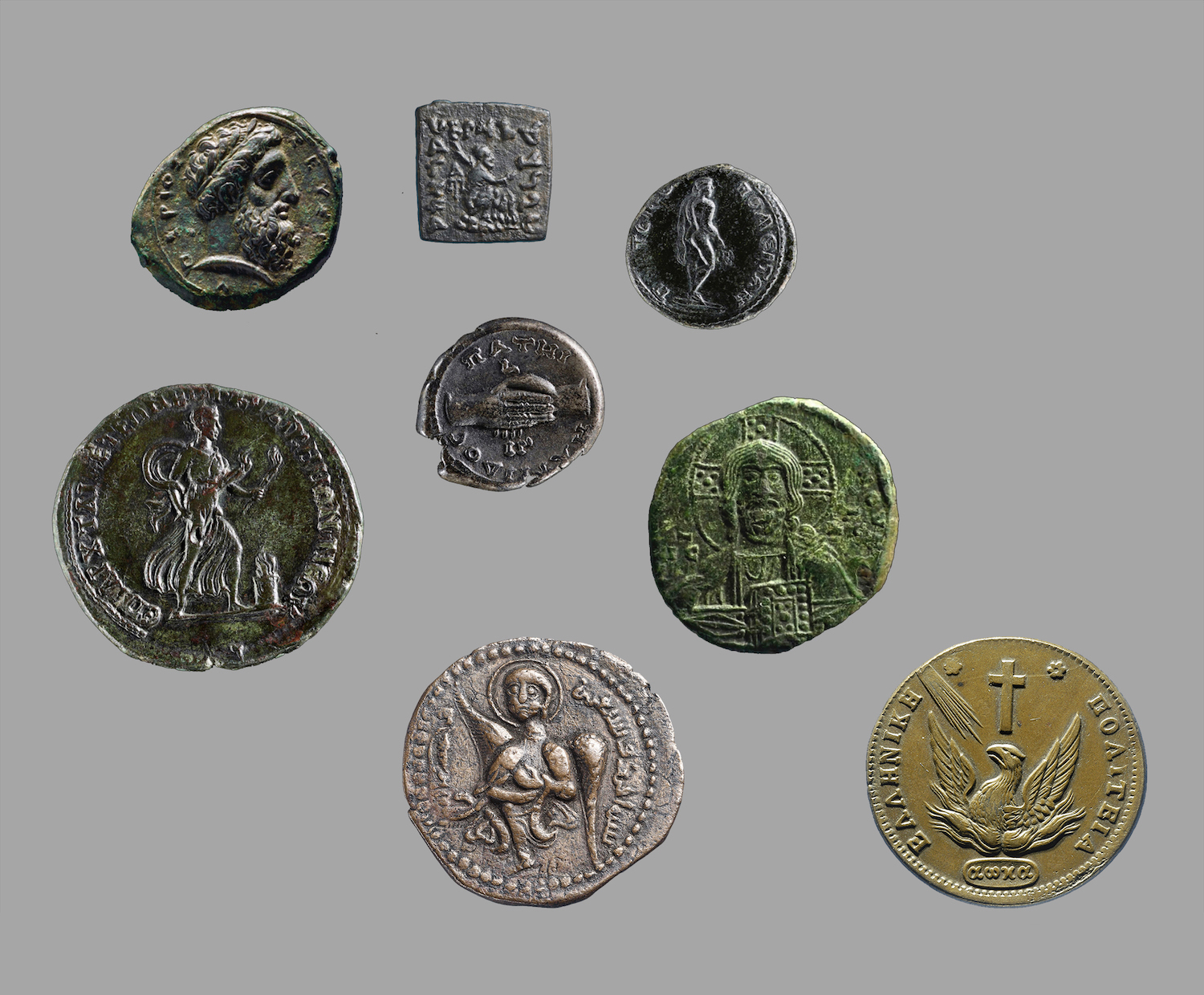 The Collection’s specialization attests the systematic acquisition of coins and clearly defines the basic purpose of its formation, in the framework of the Foundation’s cultural work. The methodical manner of selection, with the diachronic factor as basic consideration, as well as iconographic or technical particularities, has resulted in a specialized corpus that touches on diverse parameters of the history and development of coinage, enlightening less known aspects of the past.

The KIKPE Numismatic Collection is on loan to the Benaki Museum and is presented to the public through exhibitions organized in collaboration with the museum, as well as with other institutions.