Chalkous for Everyday Dealings: The Unknown World of Bronze Coinage

In the periodical exhibition Chalkous, for Everyday Dealings: The Unknown World of Bronze Coinage, hosted by the Benaki Museum, a part of the Numismatic Collection owned by the Social & Cultural Affairs Welfare Foundation (KIKPE) was presented for the first time to the public. The visitors were led through an attractive process of recognizing coins, became familiar with the unknown world of the little base pieces and with the assistance of supplementary visual information came across the various periods of the history of Hellenism, as well as the events that affected the evolution of bronze coinage.

The exhibition was structured in five units. The first one was titled “The birth of coinage”, it was introductory and delineated the evolution of coinage from the invention of its coin- shaped form until nowadays. The second unit “The establishment of bronze coinage” highlighted important stages in the evolution of bronze coinage. The third unit “Coin production and mint organization” covered the periods of Antiquity and Byzantium, presenting topics such as the provenance and use of the metal, the minting techniques of bronze coinage, as well as the organization of mints. The forth unit “Bronze coins, approaching their iconography” included pieces, mainly of the Greek Antiquity, with a great variety of iconographic types. The fifth and last unit “Bronze coins and transactions in the ancient and the Byzantine world” revolved around the value of the copper/bronze coins and was enriched with the sparse information available for the prices of products in everyday use.

“Chalkous, for everyday dealings” was employed as a conventional title referring to a usual appellation of a copper coin (chalkous) in Antiquity; it is directly linked with a passage by Plato mentioning the need to establish a suitable coinage for everyday transactions. 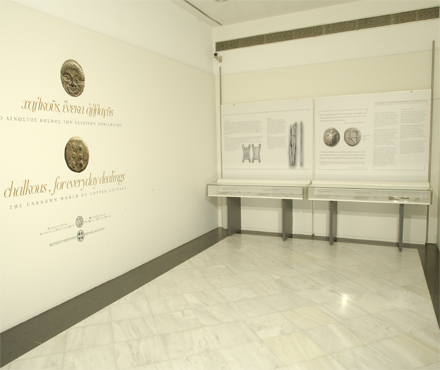 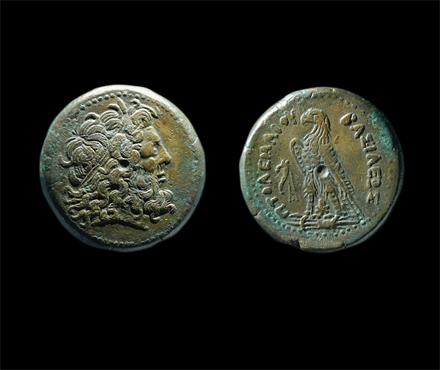 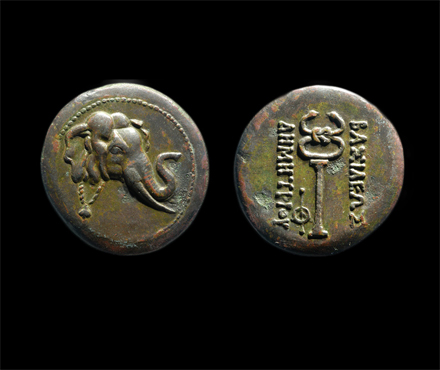 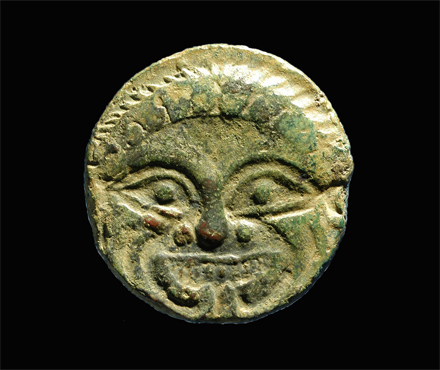